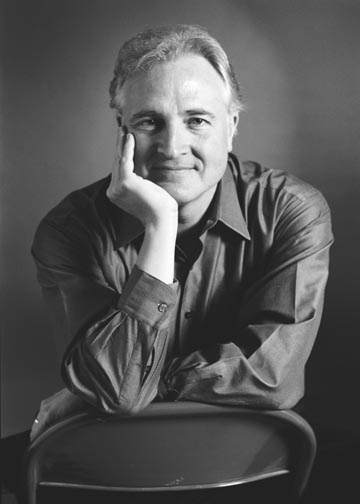 e has been described in Opera News as “a masterful musical dramatist,” and his music has been hailed as “tuneful, ebullient and wonderfully energetic” (San Francisco Chronicle), “riveting and fascinating” (NPR), and “assured, virtuosic” (Wall Street Journal).

Frequently commissioned by notable ensembles and major music institutions, Paul's next premiere is A Nation of Others, to a libretto by Mark Campbell, with Oratorio Society of New York at Carnegie Hall, Nov. 15. His current project is an oratorio titled All Shall Rise, about the history of voting rights in America, also to a libretto by Mark Campbell, to be premiered by the Oratorio Society (OSNY) at Carnegie Hall in 2024. Recent seasons have included the premiere of The Shining at Minnesota Opera, based on the Stephen King novel,  and the premiere of Sanctuary Road , an oratorio about the Underground Railroad, with OSNY at Carnegie Hall. Other recent premieres include the song cycle Tell All the Truth for mezzo Raehann Bryce-Davis; Light Shall Lift Us, an online OPERA America anthem for 100+ opera soloists and virtual orchestra; A New Country, with mezzo Jennifer Cano and the Bridgehampton Chamber Music Festival; The Overlook Hotel Suite, with American Composers Orchestra at Carnegie Hall.

Mr. Moravec’s discography includes the GRAMMY-nominated Sanctuary Road, with Oratorio Society of NY on Naxos. He has two albums with Boston Modern Orchestra Project (BMOP Sound): The Blizzard Voices, an oratorio about the Children's Blizzard of 1888, and Northern Lights Electric, an album of his orchestral music. He has five other albums on Naxos American Classics: Tempest Fantasy, performed by Trio Solisti with clarinetist David Krakauer; The Time Gallery, performed by eighth blackbird; Cool Fire, with the Bridgehampton Chamber Music Festival; Useful Knowledge, with soprano Amy Burton, baritone Randall Scarlata, Trio Solisti, and la Fenice Quintet; and Violin Concerto, with Maria Bachmann and Rossen Milanov’s Symphony in C. Among his many other recorded works are: Double Action, Evermore, and Ariel Fantasy, performed by the Bachmann/Klibonoff Duo (Endeavour Classics); Sonata for Violin and Piano performed by the Bachmann/Klibonoff Duo (BMG/RCA Red Seal); Atmosfera a Villa Aurelia and Vince & Jan, performed by the Lark Quartet (Endeavour Classics); Morph, performed by the String Orchestra of New York (Albany); Anniversary Dances, with the Ying Quartet (Dorian Records); Cornopean Airs, with American Brass Quintet and organist Colin Fowler; and Andy Warhol Sez, with bassoonist Peter Kolkay and pianist Alexandra Nguyen. Other releases include Blue Fiddle, with Hilary Hahn on Deutsche Grammophon, and Piano Quintet, with Jeremy Denk and the Lark Quartet, on Bridge Records.
‍
Besides the Pulitzer Prize, Paul's music has earned numerous distinctions, including the Rome Prize Fellowship, a Guggenheim Fellowship, three awards from the American Academy of Arts and Letters, and fellowships from the National Endowment for the Arts and the Rockefeller Foundation. A graduate of Harvard College and Columbia University, he has taught at Columbia, Dartmouth, and Hunter College and currently holds the special position of University Professor at Adelphi University. He was reccently Paul Fromm Composer-in-Residence at the American Academy in Rome, served as Artist-in-Residence at the Institute for Advanced Study in Princeton, NJ, and also elected to membership in the American Philosophical Society. His work is published by Subito Music, available at www.subitomusic.com